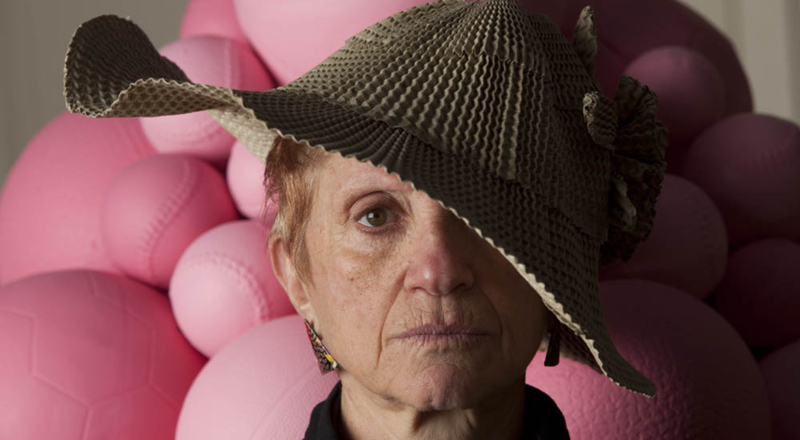 Sylvia left her native Montevideo in 1963, and went to live for 10

years  in  Jerusalem. There, she became the Head Nurse of a

"cuckoo’s nest" Psychiatric  facility and a teacher in psychiatric

nursing. All this while pursuing her  artistic interests, painting

and taking classes at the Betzalel Art Institute, which kept her

After settling in Los Angeles in 1974, Sylvia decided to pursue

the Dream, taking informal classes at UCLA and  participating

in several workshops, as well as training as a potter at  SMC.

The anatomy classes at the School of Nursing were helpful to
understand the human expression, while her psychiatric

training deepened her  insight of human nature. Being of

South American origin, she was greatly  influenced by the

native cultures and the Latin-American masters. On the

other  side her european roots also had a strong impact

Sylvia's subject matter evolves around the figure and human
passion, striving to capture in her art the sublime and pathetic

aspects of  life. She works in a variety of media, the common

denominator being the issues  that touch her soul. Making style

statements has never been her main goal.

A good deal of the creative process comes out of the childhood
recollections, and it implies an instinctive rather than analytical

approach to  image making, the main force being the joy of

creating, while accepting all art  history as available material.

Sylvia loves working with stone because it  implies an intimate

relationship with Nature. If she can foresee the stone’s

responses, its caprices, its treachery, she feels happy.

In the assemblage sculptures, she has found a medium which

is more compatible with the  humor and lightness of heart she

wants to convey, as well as another dimension  missing from

her other work: color.

For her, creating art has been a  rich, emotional experience,

and the challenge is never ending. Having joined the  Ojai

community in the last two years, she is thrilled to be pursuing